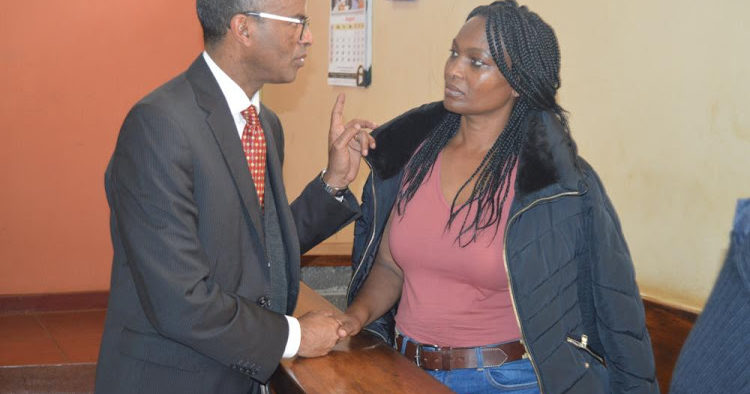 Sarah Cohen, widow of slain businessman Tob Cohen has failed to take plea for the fourth time in a murder case she is facing.

This is after the court decided to have her held in police custody until Thursday so that there is time to rule on her representation by lawyer Philip Murgor.

This is after it emerged that Murgor could still working for DPP after Lawyer Ombeta questioned if Murgor can work for the state and defense at the same time.

Ombetta who is representing Cohen’s family in the case told the court on Thursday that Murgor is a gazetted public prosecutor who should not represent the defence.

But Murgor in his rejoinder said he was appointed through a gazette notice in January but after wasting two months of his profession, he quit.

“I’m ready to swear an affidavit and serve it to the prosecution to prove that my gazette notice was revoked and that I am no longer a public prosecutor,” he said.