Popular Norway-based Kenyan singer, Naigah, known for her sultry vocals and sensuous looks, has dropped yet another gem that has been driving audiences crazy. 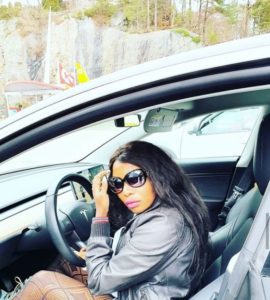 Naigah, whose past jams Your Love and Moyo Wangu caused quite the sensation over the past year, has now kicked off the year with a romantic ballad that is sure to keep many in the mood for love as the Valentines season approaches.

Titled Sunshine, the single sees Naiga approach matters of love in her most sensual style yet.

Sunshine, Naiga’s latest offering, is a ballad about the triumphs of love and romance and sees the singer explore her deepest emotions for the man of her life. 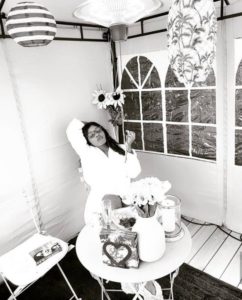 The song’s video, which is already gathering quite the numbers on YouTube, was shot in Norway and sees the luscious singer sitting seductively in the bathtub as she serenades her man over the phone, provocatively covered in soap foam as her eyes twinkle in the breathlessness of love.

Naiga, who has never been afraid to show off her romantic side, also delves deeper into matters of love as she dons a wedding gown to say “I do” to the chosen man of her life. 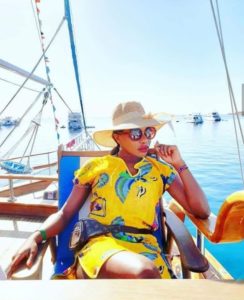 The song’s catchiness and theme has already propelled her fans to do the “SunshineNaiga” challenge and most of them, especially girls, have been posting vidoes of themselves singing along to the song on Tiktok.

They’re just as gorgeous and seductive as Naiga but of course not more than the Queen herself.

Check out the song and also, check out some of the fans killing it on Tiktok.