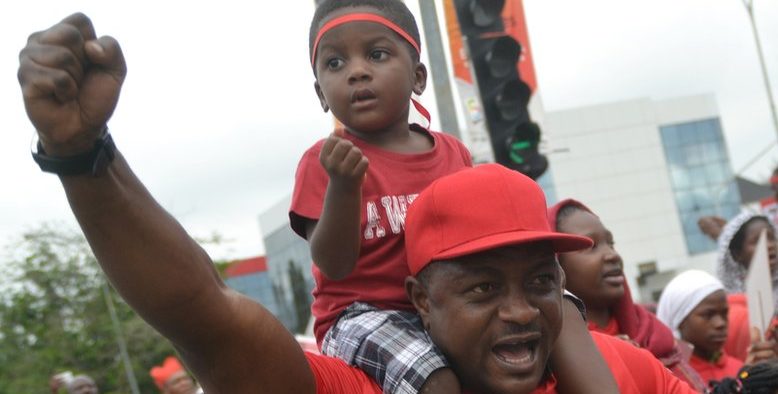 November 19, is International Men’s Day. Yap, that’s right. It is a day set to recognize and celebrate the achievements and contributions of men and boys and of course with the larger aim of promoting basic humanitarian rights. Also, it is meant to educate boys about values, character and responsibilities of men in the society.

The day is anchored on six pillars according to their website.

1.To promote positive male role models; not just movie stars and sportsmen but every day, working-class men who are living decent, honest lives.

2. To celebrate men’s positive contributions to society, community, family, marriage, child care, and to the environment.

3. To focus on men’s health and wellbeing; social, emotional, physical and spiritual.

4. To highlight discrimination against men; in areas of social services, social attitudes and expectations, and law.

6. To create a safer, better world; where people can be safe and grow to reach their full potential.

This day is an opportunity for everyone to appreciate and respect the men in their lives. For the good of society, the contribution of the men should be highlighted and considered.

It is important to understand the value of men and boys and help them in taking care of their well-being and health. Men as humans too face challenges that need to be noticed for the proper and full potential functioning of the communities.

I reached out on a personal level to the men important in my life and let them know just how impactful they are, what they mean to me and purveyed my gratitude. But I must admit, I waited for the almost deafening mass media (social and mainstream) deluge that often accompanies “Women’s Day” celebrations but all I got were sporadic templates mostly from men hailing themselves.

If anything, most people do not even know such a day exists which underscores just how frivolous and insignificant we think of celebrating and appreciating the men in our lives and their roles in our families and society. The day was acutely stripped of and bereft of the furore with which women demand attention on days marked for them, including ‘Father’s Day’ hijacked by single mothers

Under a Tweet by ‘Associated Press” (AP) reminding folks of the day, comments such as ‘what’s the need to celebrate men when patriarchy reigns everyday’ got me befuddled at the level of negative connotation attached to the social structure and which is largely based on uninformed bias, herd mentality, sentimentalism and ignorance. You see, feminists don’t really like to define the Patriarchy. They prefer to keep it nebulous and amorphous so they can conveniently blame it for everything that goes wrong in their lives. Not being paid enough? Patriarchy! Not getting a promotion? Patriarchy! No man wants to settle? Patriarchy! She is growing fat? Patriarchy!

Patriarchy in its pure sense implies a society made up of family units that are led by the oldest male, usually the father of the household. It is hinged on the rationale that a man ought to protect, provide for, lead, and die for the women under his care and doing so should be a privilege and responsibility.

But feminists and their followers who are often a gullible clique with negligible cerebral bandwidth have conceptualized patriarchy to imply a sinister cultural phenomenon through which all men contribute to a set of values and social norms that marginalize and exclude women. Of course, that is not true. Some men are misogynistic, sexist and chauvinistic but so are some women who exude misandry, thrive in reverse sexism and are violent emotionally and otherwise to men. Does it mean all women oppress men?

Women want men to pay dowry which to me is a sign of ownership, want men to take charge in their families with regards to paying bills and making decisions and would often scream, “be a man, do something, you are the man here,” but still chirp about patriarchy?

Where are the screeches about patriarchy when research for instance shows that women are more represented in colleges and live longer than men?

Kenyans should begin to take Men’s Day seriously. Claims that men/masculinity/patriarchy is hailed every day can only emanate from an ignoramus. When out of the 421 suicide cases in the country witnessed in 2017, 330 involved men compared to 91 women; when on average, 317 people commit suicide every year and more men in Kenya men are more likely to take their lives than women according to World Health Organization and Kenya Bureau of Statistics; when one in five men die before the age of 65; 95% of men’s deaths occur at a workplace; when men are the main victims of both men’s violence and women’s violence; when dads of all backgrounds face a range of challenges from juggling work and family, to staying in their children’s lives if they are separated; and when the majority of the homeless, imprisoned and long-term unemployed are men, don’t you think it is time that their plights are highlighted with verve and seriousness it warrants?

Is it not time the day is given paramount consideration so that they are reminded that being soft and emotional is not synonymous with weakness in a man. While stoicism is encouraged, strength sometimes is shown in expressing your feelings. The ‘be a man’ culture and the stress of certain expectations that a ‘man’ is supposed to match up to can lead to an incredible amount of depression and stress.

We need to understand that even a ‘strong man’ is allowed to be weak and that men shouldn’t have to bottle up their feelings just because they’re men. Men should also be more empathetic and accepting of other men going through emotional turmoil so that they do not feel like the world is closing in on them.

To the good, responsible, decent, hardworking, empathetic, smart, talented, virtuous, courteous, chivalrous men out there, raise your glasses.  May you raise men like you. I celebrate you.