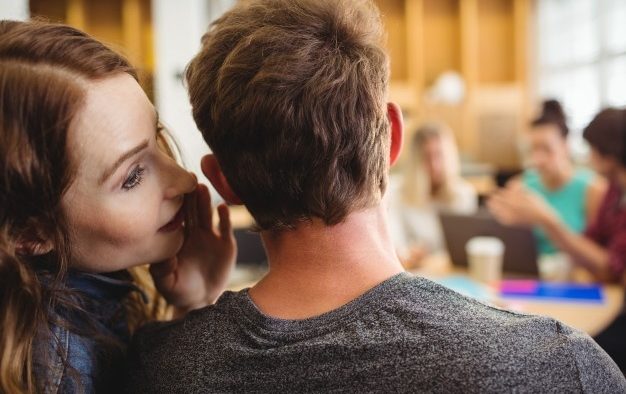 You know those people who ask you ‘when is the baby coming? You people, it’s been two years now, you need to bring someone who will inherit your property. Aaah so when are you getting married? Time isn’t on your side.’

You know those people? Put them in a blender and switch it on. Mince them thoroughly or make red juice out of them.

I have never understood why personal decisions should be questioned by anyone else who isn’t yourself. I could have chosen to be childfree, or maybe stay unmarried, or yooo, I’ll do everything after 50!

I find it very insensitive of people when they ask about personal things. Seriously, who are you? Who made you god? Why should we appease you?

First of all, you never know what people are going through! You do not know how they feel when you ask yet they have lost several pregnancies and are trying to get just one child. You do not know how abusive their parents were to each other and how it affected their views on marriage, so shut up. Don’t ask, you actually don’t need to ask! People, there are so many things you could actually talk about! You don’t have to go to personal matters!

READ THE STORY OF JANE;

“We lost our baby two years ago. She drowned in our absence. We had left her at home with the nanny as we were going to work. This was normal, only that this one time, it didn’t end well,” Jane said.

So they moved to another town as part of their healing process. They felt that unfamiliar grounds would ease their pain and make them move on. After all, life was still happening with or without their child.

“After a while, we decided to try having a baby. We did all we could, saw doctors, but none of us had problems yet we weren’t getting pregnant again,” she added.

They started getting affected emotionally.

“We would cry a lot. Just sit together, hug and cry until we slept. It was painful. We didn’t want a replacement of our already dead child, but we wanted a child,” she explained.

Months passed, then years but no child.

“Family started asking us if we had thought of having a replacement of our dead child. This was bad. This hurt. It felt like our wounds were being scratched on again to bleed afresh.”

They started avoiding family calls and gatherings. They chose themselves. Just to stay at home and try to heal.

“We dreaded meeting anyone who knew us because either they’d ask about the dead child if they never received word that she died or if they knew, they’d ask about why we didn’t have baby number two. It wasn’t easy.”

They focused on healing and therapy and just being together. Four years later, they got pregnant and a baby girl was born.

“We had been battling so much at one go. Loss, managing pain and loss, then people’s thoughts and it all affected us totally. We are lucky over-time we realized that listening to people killed us further and that we chose ourselves over anyone else. Imagine how tough it would be for people who can barely separate their emotions from what people say. Even for us, it was tough enough in the beginning and it took us years to master,” she added.

That people get so insensitive baffles me. We obviously can’t have all our problems tagged on our foreheads but that doesn’t mean we aren’t struggling with stuff!

“We’d have healed faster if no one asked. We probably wouldn’t have gone through the pain we did when we were supposed to heal.”

Bottom line is, we don’t know what people have or are going through. It’s only smart not to ask personal questions. There’s so much conversation we can have out here. Doesn’t have to be about babies, marriage, parents….

Put those who ask in a blender and just switch it on. Don’t think twice-purée them!

Previous Article
Dating someone with children is not doing them a favour
Next Article
2020’s Sexiest Man Alive has been named – Ladies, are you ready to go gaga
trending_upTrending
whatshotPopular
Show More
Show More