EDITORIAL: Maraga’s jab at parliament is a jab at the ‘unworried’ common mwananchi - Viusasa News

EDITORIAL: Maraga’s jab at parliament is a jab at the ‘unworried’ common mwananchi 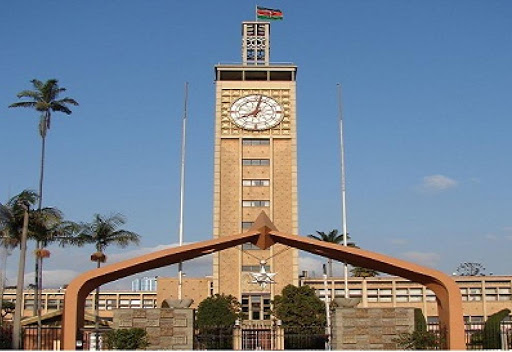 President Uhuru Kenyatta is now between a rock and a hard place following Chief Justice David Maraga’s pronouncement that seeks to dissolve the parliament over two-thirds gender rule.

The CJ asserts that the Parliament has not enacted the legislation required to implement the rule, hence his advice.

“It is incontestable that Parliament has not complied with the High Court order. As such, for over 9 years now, Parliament has not enacted the legislation required to implement the two-thirds gender rule which, as the Court of Appeal observed in its said judgment, is a clear testimony of Parliament’s lackadaisical attitude and conduct in this matter. Consequently, it is my constitutional duty to advise Your Excellency to dissolve Parliament under Article 261 (7) of the Constitution,” Maraga’s statement read.

It’s now upon the President to either uphold the law and dissolve Parliament or sacrifice constitutionalism at the altar of political expediency.

And this situation has already sent chills down MPs’ spines as is evident in their ungovernable mixed reactions.

Some, especially the women, are ready for the parliament to be dissolved while some are against the whole idea.

Politicians from across the divide have also made several efforts and different interpretations to understand a statement by the CJ. You can imagine what a struggle it must be for a House that has half of its occupants clueless on matters law.

Thanks to two citizens, who went to court seeking to stop the imminent dissolution of parliament, Maraga’s advice has been suspended pending hearing of the petition.

But the High Court decision could simply delay Maraga’s advice, and your MPs might visit you soon, with peanuts, so that you can send them back to the August House.

Nonetheless, the real struggle is not deciphering Kizungu mingi of ‘Shall and the Law is Clear’ by the CJ, it is about the millions of Kenyans whose taxes have to finance a by-election at a time that an economy has taken a good boxing thanks to the COVID-19 pandemic.

Instead of resuscitating the economy, Kenyans might be forced to be distracted with hues and cries of Tibim Tialala and juvenile snide of ‘ule Mganga’ as divisive factions of Kuelewa vitu vina Tanga Tanga take center stage during campaigns.

The focus right now should be how to rebuild the economy, make schools safe for the Candidates set to resume lessons in October, create and revive jobs for the hundreds of thousands of Kenyans still cudgelled by the pandemic and its consequent crisis.

This collective attention will be, in whichever way, diverted with the endless debates and court battles even if the President does not dissolve the parliament.

Maraga’s revisiting at the end of the day will hurt the Common Mwananchi more, yet the Wanjiku does not give a damn about the Constitutional hullabaloos going on.

AOKO OTIENO: Are you an average dude? Then, by all means, marry a girl who doesn’t read
AOKO OTIENO September 26, 2020
©2020 Viusasa News. All rights reserved