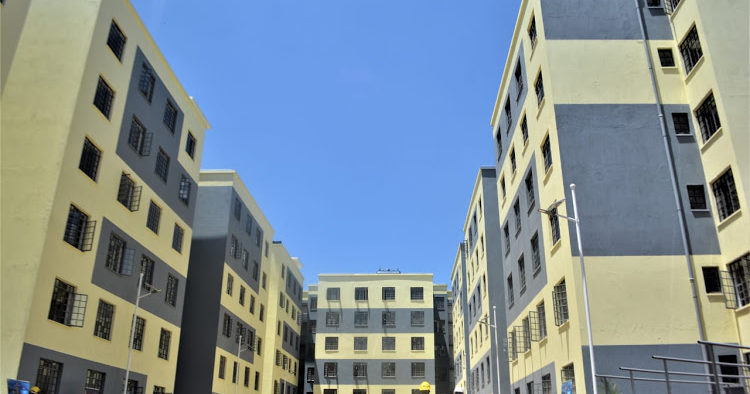 If you do not work for the government you will have to wait a little longer so you can buy affordable houses being constructed by the government.
This is because the government is first selling the houses to civil servants according to a statement by the Ministry of Transport, Infrastructure and Housing.

The ministry was first given some of the 1,370 which are complete by a Chinese a contractor.
The first batch of 228 units are complete with the remaining houses expected to be completed by the end of this year.
The complete houses are in Nairobi, Machakos, Embu, Kiambu and Kisumu Counties.
“Civil servants who were occupying the Park Road Estate and were given notices to vacate to allow for the construction of the on-going Affordable Homes Project will be given the first priority to purchase the constructed units,” the communication by the ministry states.
One who wishes to buy the houses will need to express their interest on the Boma Yangu portal, which the ministry says has already received 270,000 applications. Allocations will be done through balloting.
Buyers need to have saved 12.5 per cent of the selling price before getting a mortgage to offset the balance at nine per cent interest for up to 25 years.

Previous Article
Jackson Kibor welcomes men without beards to the controversial Men’s Conference
Next Article
Confessions of a journalist: Pastor used to make me spike his drink when I served as an evangelist
trending_upTrending
whatshotPopular
Show More
Show More

Confessions of a journalist: Pastor used to make me spike his drink when I served as an evangelist
William Mwangi February 5, 2020
©2020 Viusasa News. All rights reserved