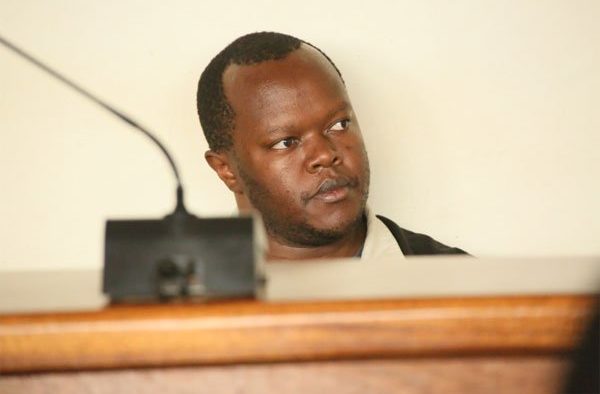 In a pre-trial conference on Wednesday, State Counsel Peter Mailanyi told Justice Jairus Ngaah that there has been interference with the witnesses in the incident where Mugure is accused of killing his lover and their two children.

According to Mailanyi, the sister of the KDF soldier secretly visited a second suspect, one Collins Pamba, at the Kerugoya GK prison, on January 6, 2020.

This, the prosecution believes, was aimed at having the said witness recant his evidence against the accused ex-soldier.

However, Pamba instead informed one of the investigating officers of the visit, who in turn recorded a statement with the prison officers.

Indeed, records at the prison show that Mugure’s sister visited the facility to meet Pamba.

“If the suspect is released on bond, there is a high likelihood that he will interfere with the investigations, we have therefore decided to file a further affidavit to oppose his release and we therefore request for more time to do so,” Mailanyi told the court as reported by Nation.

Mugure is accused of killing his wife Joyce Syombua and their children Shanice Maua and Peter Mwaura Jr.

Witness reveals how he helped KDF officer bury wife, kids after killing them