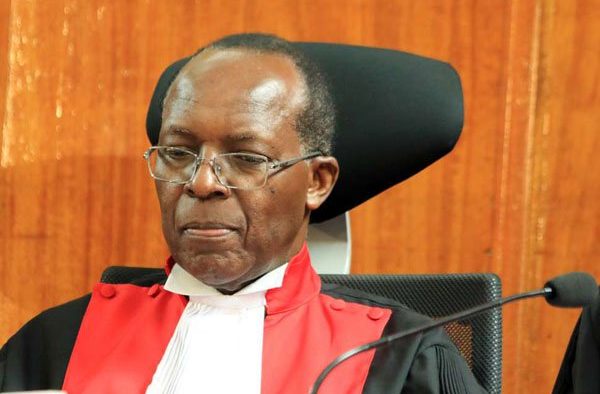 Erstwhile suspended Supreme Court Judge Jackton Ojwang is off the hook after President Uhuru Kenyatta lifted his suspension in line with the recommendations of a tribunal formed to investigate his conduct.

The judge was suspended in April after a scattering of people filed for his removal alleging misconduct, incompetence and breach of the judicial code of conduct.

According to the tribunal which submitted a report to the president, the revered judge was found innocent as the evidence presented before the president did not warrant his removal from office.,

President Uhuru in his decision, noted that there was no appeal to the tribunals decision noting that the judge would be reinstated to his office and paid all his accrued benefits.

Ojwang had opted to face a tribunal while declining to answer the JSC on allegations of abuse office and corruption.

A tribunal appointed to investigate his conduct on Monday poured cold water on the manner in which  the Judicial Service Commission (JSC) conducted the matter.

The tribunal in their findings, stated that though Judge Ojwang’ had made comments about a matter in court and which was part of the reasons he was being investigated, the interview at

which he made the comments was held in September 2016 while application had already been determined.

The petitioner also failed to nail claims that the judge and Governor Okoth Obado were country side neighbors.

There was also no evidence that the judge petitioned the governor or the county for the upgrading of the road leading to his home.