ODM distances itself from Jubilee internal wrangles over BBI 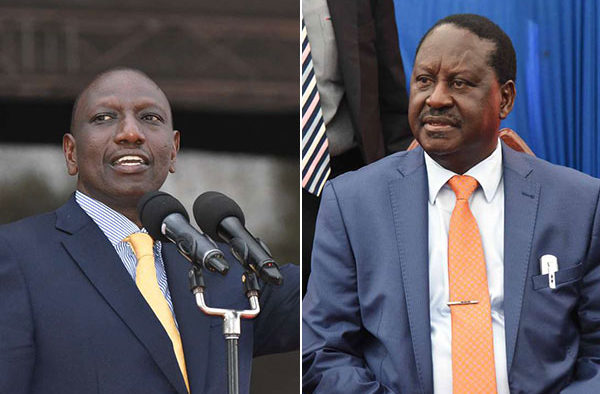 ODM party has denied any hand in the ongoing Jubilee party wrangles ahead of party polls in March.

In a statement to newsrooms on Tuesday,  ODM Secretary General Edwin Sifuna said the Raila Odinga  led party has no interest in the internal goings-on in the Jubilee party or its ultimate fate.

“ODM is focused on Building Bridges for a stronger nation, a corruption-free country, a country where the will of the people will not be subverted and rule of law respected by all.” he stated.

Sifuna further criticized the media for allegedly diverting attention of Kenyans from key issues like the Burilding Bridges Initiative among others.

“The Media is apparently on a mission to divert the attention of Kenyans from the BBI which is fast gaining momentum to the chagrin of some people who prefer that the old divisions along ethnic and political lines are retained. ”

This comes a day after the party went ahead to dismiss remarks by a section of leaders insinuating that the ongoing BBI public consultative meetings are meant to champion the party’s 2022 political agenda.

The party was reacting to statements made by Deputy President William Ruto who accused ODM of being insincere with the Building Bridge Initiative (BBI), claiming that ODM is using the initiative to further its own agenda.

The DP reiterated that the BBI consultative forum held in Kisii was a platform for the ODM party to craft its line up ahead of the 2022 elections.