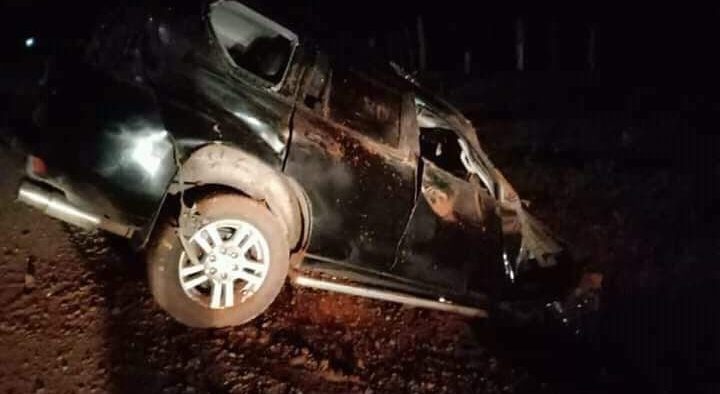 Outspoken Nandi Senator Samson Cherargei is currently after being involved in a road accident at Kapseret Centre along Eldoret-Kapsabet road.

The Jubilee Senator was reportedly driving himself from Nandi County to his Eldoret, Uasin Gishu residence on Friday night, June 5 at 10 p.m.

KTN journalist Ali Manzu was among the first to report that the Senator had been involved in an accident.

Multiple sources added that the Senator had been rushed to St Lukes Hospital in Eldoret, having sustained minor injuries.

Cherargei reportedly veered off the main road and hit barriers at an ongoing by-pass construction.

The Senators vehicle, a black Prado, was extensively damaged after the accident.

A report by the Standard on Saturday, June 6, stated that Cherargei was part of the entourage that accompanied Deputy President William Ruto to a private ceremony in Nandi County on Friday, June 5.

In the event, Ruto met over 50 Nandi leaders and a section of religious leaders in a 2-hour closed-door meeting.

According to leaders present at the ceremony, the meeting was meant to prepare the DP ahead of the 2022 election and protect him from bad omens.

Cherargei is a staunch ally of DP Ruto and was part of the Senate leaders who President Uhuru Kenyatta cracked the whip on.

He was ousted from the Justice and Legal Affairs Committee.