Moses Kuria’s brother, Aloise Kinyanjui Kuria, is among close relatives and friends of the Gatundu South lawmaker caught up in an emerging scandal where companies owned by the MP’s confidantes were awarded tenders worth Ksh100 million.

According to a report by Daily Nation, Finish Line Construction Ltd, of which Aloise is part-owner, is among 14 companies that were awarded 31 tenders from the Gatundu South Constituency Development Fund (CDF) kitty in Kuria’s first term as MP.

Sources cited by the Daily Nation claimed that Aloise Kuria was often seen around the Gatundu South NG-CDF office.

It was alleged that although he did not sit on the CDF committee, Aloise was quite influential in its affairs.

Aloise owns 50% of the company with the other half owned by Sammy Kamau, a search at the company registry indicated.

Robert Kibe Githongo, who was the CDF committee chair when the tenders were issued, is reported to be a close ally of Kuria and was one of his chief campaigners during elections in 2013. 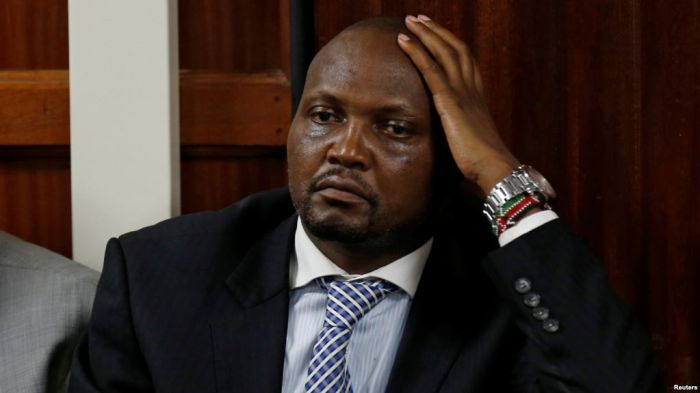 Now the ward representative for Kiamwangi, Githongo was arrested in October 2019 as the Ethics and Anti-Corruption Commission (EACC) accused him of forging academic certificates.

Other tenders awarded during his stint in office included one to Supreme General Traders, which has James Kogi Kuria and John Ngigi Kuria as its shareholders with each holding 50%.

On his part, Kuria maintained that he did not sit on the CDF committee and as such could not be blamed for the suspicious tender awards.

“The National-Government Constituency Development Fund Act does not allow MPs to be in charge of the fund, meaning they are not involved in the management of CDF. I don’t understand why I’m being linked to the dishing out of CDF contracts. Each of the 290 constituencies has a CDF management committee inaugurated by the National Assembly and which oversees the day-to-day running of the fund,” he responded.