Man padlocks himself outside City Hall, demands audience with Uhuru 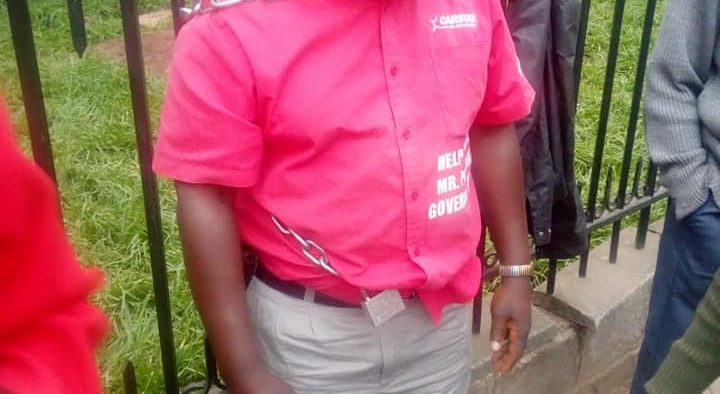 A man was today chained himself to a fence outside City Hall, Nairobi while seeking audience with President Uhuru Kenyatta.

Donning a red shirt, the man who had a placard refused to unlock himself from the gate where he had fastened himself with a chain and a silver padlock.

According to the placard, the man whose identity was not immediately known also wants to meet Nairobi Governor Mike Sonko and Langata MP Nixon Korir.

His intentions are however not known as he did not state the agenda of the meetings, were they to happen.

Governor Sonko,  however posted photos of the man who is threatening to hang himself should his demands not be met.

There is a Kikuyu-Speaking Mzungu on Twitter. And Kenyans are Confused
Cabu Gah July 11, 2019
©2020 Viusasa News. All rights reserved