There is no guarantee Liverpool would be crowned Premier League champions if the season was curtailed by the coronavirus.

The rapid spread of the virus has raised the prospect of the Government ordering the cancellation of all sporting events in the UK for more than two months, something that could mean some fixtures never being played.

This is the virus continues to spread across the world in affecting 59 countries and territories around the world.

More than 2,800 people have died globally from COVID-19, as the illness is officially known, while more than 83,000 infections have been confirmed in dozens of countries, according to the World Health Organization.

The Reds – who last won a league title in 1990, two years before the Premier League was formed – currently boast a massive 22-point lead at the top of the table with 11 games remaining.

Manager Jurgen Klopp’s side have won 26 of their 27 league fixtures this season and remain unbeaten. They’re also on course to smash all kinds of records and should end the campaign with over 100 points.

Liverpool require four more wins to become champions. However, it’s not over until it’s over.

The Telegraph published an article on Friday afternoon that will strike fear into the heart of every Liverpool fan. 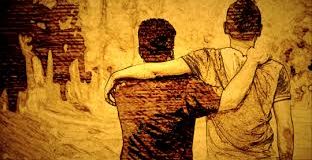