Ladies, a man’s phone is like a masquerade, respect and fear it like you do your mama’s nudity - Viusasa News

Ladies, a man’s phone is like a masquerade, respect and fear it like you do your mama’s nudity 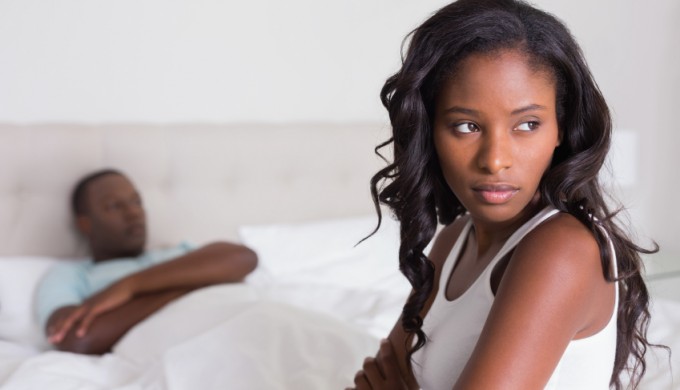 A young Nairobi lawyer is clinging for life after his pulse was almost snuffed out of him by a knife-wielding, rage seething 24-year-old girlfriend.

David Ochieng, 33, was stabbed thrice; on the collar bone, abdomen and at the back in Umoja Inner core according to media reports. His atrocity? A phone message on his phone from another lady requesting financial assistance.

When parenting and socialization have been left at the mercies of mass media, that is how a society ends up with young women who wield knives with the expertise of knackers and are more skilful in butchering partners than in reasoning; more adept at being milquetoasts than in exuding maturity because Tyler Perry’s Acrimony and other nonsense they consume has validated the shibboleth that ‘hell has no fury like a woman scorned.’

Every human being wants their privacy respected and men are big on this. In fact, in the golden olden days, a man had his own hut separate from the wives’ huts where he had his ample time to strategize on how to run his family and increase his resources.

And our well-raised grandmothers respected this structure that saw families –not perfect- but fairly stable and harmonious which is more than you can say of the modern drama oozing relationships where everyone is trying to micromanage the other.

There is a saying in my community loosely translated that if you investigate what a chicken feeds on, you will shun it as a stew. What you do not know will not hurt and in some instances in life, ignorance is indeed bliss.

Dear young women, if you have idle and primitive energy, use it to count your pubic hair. If you think you are predisposed to be a spy, kindly channel it into constructive ways. But whatever you do dear Miss CIA, do not touch a man’s phone. Neither should he touch yours but the jury concurs that women are the most prone to this juvenile purvey of insecurity and distrust.

It is consequently a cinch that most people do not take too kindly to having their partner pore through their phone, reading their texts and emails and trying to find proof of preempted or suspected misbehaviour. In fact, some relationships end when a person finds out that a partner was looking through their phone, precisely because, and rightfully so, they feel so violated.

Phones nowadays are the repository for all of a person’s private thoughts and feelings, as expressed in texts to friends and family, and knowing that a partner has been keeping you under constant, secret surveillance can be destabilizing and upsetting.

Here is a reason or two why, for your own good, you need to curb this behaviour before it ruins your relationship;

The snooping turns you into some zombie consumed with waiting for their partner to go to the bathroom so they can pounce on their phone and quickly scroll through texts.

I believe you were raised to be an honest person of integrity and self-respect. Nothing is a bigger cudgel to your self-esteem than snooping around, feeling like you’re a criminal, trying to get information that you know isn’t rightfully yours and which will no doubt hurt you.

There are many ways to sabotage a relationship or union and one that is a sure bet is snooping. Chances are, your relationship will end or lose its luster if you are caught prying. Even if you confirm your suspicions with hard evidence, what moral ground will you have to confront them when snooping is equally disrespectful and abhorrent? This lack of trust may be just as hard to forgive, in many ways, as a discovered flirtation.

Snooping leads to some sort of power dynamic. When you feel respected, valued and empowered, you do not go sneaking and spying on others. Life is hard enough. Do not complicate it further; you deserve to live your life without worrying about what other people are doing. But if you become fixated on what your partner is doing rather than what you yourself are doing, you are effectively disavowing your own power and giving it away. This is not healthy.

And finally, you might end up in prison. Because what you are looking for, desperately at that, you will find. And you will react like the demented woman you are. And the law will leash you.