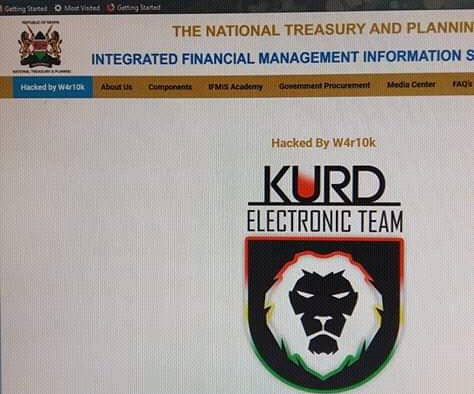 You will not get government services in most offices as most platforms have been hacked by an  Indonesian hacker group, Kurd Electronic Team.

Ifmis was borne in 2014 to allow tender applicants and suppliers who want to do business with the government submit applications without making a physical appearance at government offices.

A quick search of its website leads user to an incomprehensible text on the site, and disabled or broke its functionality.

The homepage of the  site has a large logo plastered on it by a team calling itself Kurd Electronic Team.

All the hacked websites are on servers powered by the Unix-based FreeBSD operating system.

A team from the Ministry of Information and Technology is working round the clock to restore the crucial services soonest possible.