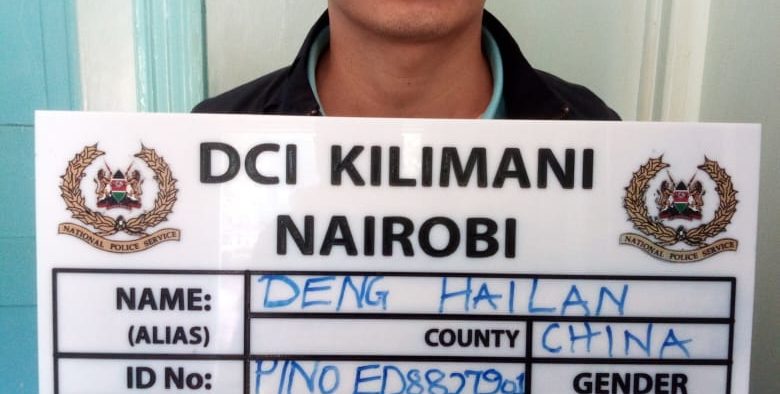 DCI officers have arrested four Chinese nationals after a Kenyan chef was assaulted in a restaurant at Kileleshwa.
The four manage the restaurant where the chef was caned in a video shared on Saturday.

The detectives said  they arrested two other members of Chinese nationality who were working in the restaurant.

In the video, the Chinese national was asking the chef what part he would have preferred to beaten.

Deng is the suspect in the viral caning video while Yueping and Qiang are accused of conducting their day to day operations in the country with expired visas.

Ling, a cashier at the hotel was found to be holding a visitor’s visa without a work permit.

This comes after the Chinese government called for immediate investigations into allegations of a national who was captured on camera caning a Kenyan.
” We support the Kenyan police to investigate the whole issue thoroughly according to Kenyan laws. Whoever violating the law will face the legal consequences.” A tweet by the Embassy read.