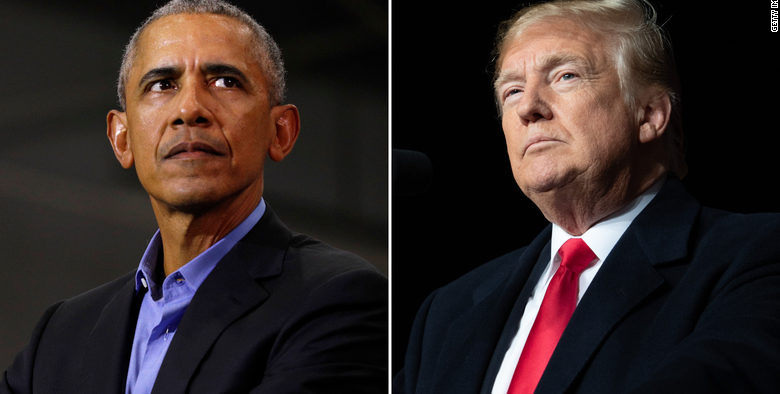 Former President Barack Obama appeared to take a rare dig at the Trump administration during a speech on Saturday, decrying what he called a lack of leadership when it came to handling the coronavirus pandemic.

Obama spoke at a virtual commencement address for historically black colleges and universities, suggesting that graduates could not rely on current leadership to make the changes they hoped to see.

“More than anything, this pandemic has fully, finally torn back the curtain on the idea that so many folks in charge know what they’re doing. A lot of them aren’t even pretending to be in charge,” Obama said.

“If the world is going to get better, it’s going to be up to you,” he added.

Obama didn’t name President Donald Trump in his criticism, but the remarks were widely perceived to be about the federal government.

Little more than a week earlier, Obama took a more pointed dig at the Trump administration during a private conference call with 3,000 members of the Obama Alumni Association.

“It would have been bad even with the best of governments,” Obama said , referring to the coronavirus crisis. “It has been an absolute chaotic disaster when that mindset of ‘what’s in it for me’ and ‘to heck with everybody else’ when that mindset is operationalized in our government.”

So far, the US has confirmed more than 88,000 coronavirus-related deaths. The crisis has also slammed the economy, and some 36.5 million people have lost their jobs over an eight-week period.

During his remarks on Saturday, Obama acknowledged that black Americans have been the hardest-hit population in the outbreak sweeping across the country.

“Let’s be honest a disease like this just spotlights the underlying inequalities and extra burdens that black communities have historically had to deal with in this country,” he said. “We see it in the disproportionate impact of COVID-19 on our communities, just as we see it when a black man goes for a jog, and some folks feel like they can stop and question and shoot him if he doesn’t submit to their questioning.”

The latter part of his remarks were a reference to Ahmaud Arbery, a 25-year-old black man who was fatally shot by a white father and son in Georgia earlier this year.