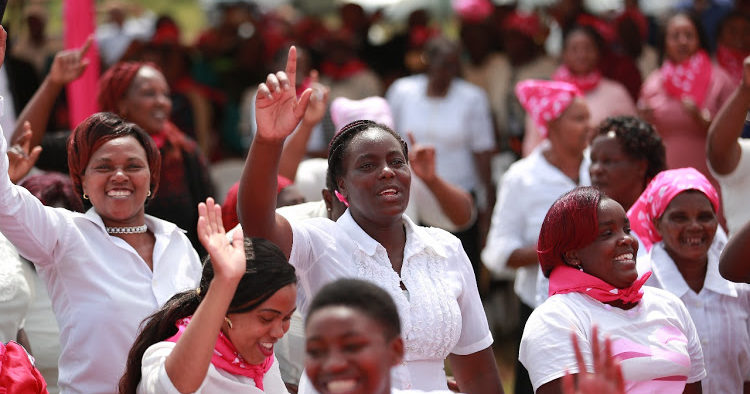 Affirmative Action- two words many Kenyans have been having a dalliance with lately. Now in layman’s parlance, it is basically preferential treatment in favour of members of under-represented groups, who have been treated unjustly in the past (ostensibly).

My disregard for pretence and political correctness will not allow me to shelve my sentiments on this issue any longer. In 2020, women do not need affirmative action. Give me a reason why…

And now to the bland cliché, “Aoko, your take on Affirmative Action is anti-women.” Oh please! The term “gender”, since the beginning of its use in the development circles, has been distorted in order to fit into a westernized vision of women ‘s status and their access to resources.

In 2010, Kenya adopted possibly the most progressive Constitution in Africa when it comes to ‘gender equality’, (note that equality is in quotes because it is a facade) securing women’s full protection under the law and guaranteeing them full participation in every sphere of society. Great strides have also been made in private institutions and nobody can argue that women have never been in a better position in their history than now.

But as a young, gender-blind woman who has fully embraced realism and the true nuances of empowerment, I must register my disapproval at a few aspects of the new dispensation. Especially with our Chief Justice David Maraga deciding to pull his own version of ‘revisiting.’

Let me take you through my arguments. My email address is attached below, reach out with your own arguments.

Numero Uno, Affirmative Action is founded on the fallacy and assumption that the women for whom “gender‑focused” development is targeted, exist in societies that are skewed in favour of men.

Abhijit Naskar, one of the world’s famous Neuroscientists said: “Perception is like painting a scenery – no matter how beautifully you paint, it will still be a painting of the scenery, not the scenery itself.”

Let take the case of land ownership. The perception is that women have been excluded from both control and ownership of this natural resource. Truth is, the law and even tradition have allowed their rights to access and use. Conversely, traditional valuations of the land do not allude to absolute ownership per se, but rather to gender-differentiated access to, use and control of the land.

Reality is that ownership has always been partial and organized around male and female hierarchies, wherein men are just as vulnerable as women to other men and women. Nowadays, the land rights of impoverished, rural‑based illiterate men have been impinged upon by a number of wealthy, elite, urban‑based and politically powerful men and women. These local bourgeoisies have the political and monetary clout to hoard, lease, commodify or forcibly appropriate land from their impoverished and non‑elite kin.

Most women do not have the verve, oomph, guts, political acumen or intellectual rigour to handle politics. Even the ones propelled into politics trough affirmative Action have proved to be nothing but Bimbos who barely comprehend their Legislative duties and have hardly debated with lucidity and conviction on anything! The majority of the represented, particularly young women are dispassionate in discourses on politics. They are more interested in gossip and entertainment. Others just do not want their discomfort disrupted by the razzmatazz and hullabaloo that comes with campaigns and political life. Oya, do not roll your eyes at me, facts do not care about your feelings…

Come on, we are in 2020, the playing fields have since been levelled for my gender. Men; particularly young men are now being punished and disadvantaged in, for instance, the job market by affirmative-action policies.

In a country that vaunts Democracy, affirmative action is really just but punitive reverse sexism. Listen, a female who is qualified and competent should be given equal consideration for any position. But the starting point should be qualifications and competence.

What I have a problem with is when a woman is given preference over her male counterpart based solely on what is between her legs. This is counter-productive and tantamount to lowering of standards in society.

Any tangible woman, especially young women, should feel degraded and insulted by affirmative-action policies that reduce women to window dressing and tokens. Of course, they would never speak up because it would be seen as letting the team down and the fear of being tagged as a misogynistic ‘pick me.’ (I get that all the time from these emotional haemophiliacs and destitutes of logic who feel anyone who argues a tad bit passionately against misconstrued notions is bitter and needs therapy…Hold my drink, I want to laugh without spilling it)

Uhm, my logic compels me to believe that giving positions to females who are inexperienced and clearly out of their depth is not doing them any good. I dare even say, it probably does more damage to their confidence than anything else.

Imagine an intelligent, qualified Kenyan man who was in the top 5% of his class at university whose abilities get emasculated and has to contend with some of his former classmates, who averaged 20% less than him, being given opportunities in companies that keep on shutting doors in his face just because he is male?

That explains why young men are easily recruited into terrorist extremist groups like Al-Shabaab, go to the Middle East and European Countries in search of greener pastures and oh even worse, explains the statistics behind the number of suicide cases among men in Kenya today. According to the World Health Organization (WHO), 317 Kenyans commit suicide on average every year, out of which 270 are men, women make up for 77.

Pray tell, is this what the new dispensation envisioned? – retribution? As a patriotic Kenyan, I feel compelled to speak out for my brothers. We did not fight against male domination only to see it being replaced by female domination.

And can you imagine the ire that would have stemmed from the formation of an exclusively male organization that kept women out? In fact, every absolutist women’s organization in the country should be declared unlawful under our Constitution. Most men are scared to say it, so Aoko will say it on your behalf, these organizations are nothing but sexist.

Do we have Men’s Month? Oh, there is no need for the same? What is the need for women’s month during which inflammatory and clearly sexist slogans such as “The future is Female” are repeated over and over again?

Most men in our society are non-sexist, law-abiding citizens who do not engage in any acts that contravene any of our laws. However, they are all painted with the same brush when it comes to sexist behaviour.

Every single time a man commits a chauvinism-inspired act against a female, the matter is blown completely out of proportion because men are easy targets when it comes to sexism. Yet there are thousands, if not millions, of men who are also victims of female chauvinism all over the country on a daily basis. It is often hypothesized that for every 1,000 cases of female-on-male harassment, only one ever is reported.

Obviously, a story about a man harassing a woman is more sensational and probably sells more newspapers than a story about a female boss harassing a male subordinate. I do believe I have made my point. Affirmative action is reverse discrimination. All people are equal under the laws of Kenya and should be treated accordingly. It destroys the idea of a meritocracy and instead puts gender as the dominant factor in admissions and hiring procedures. The best people for the position should be put there, regardless of their anatomy.

Affirmative action reinforces stereotypes. People given a position purely because of affirmative action often are not qualified, and the idea that all people of that gender must be “stupid” is perpetuated. Also, it presupposes that all people of the same gender are from the lower class, and therefore need help. This also reinforces stereotypes and even embeds them permanently into the system.

Previous Article
First ever East And Central African Car Show, to be hosted by a Lady, to premier this Thursday
Next Article
Revolution is not the type of soup you lick in a hurry, it can backfire on DP Ruto
trending_upTrending
whatshotPopular
Show More
Show More

Revolution is not the type of soup you lick in a hurry, it can backfire on DP Ruto
SOYINKA LEMPAA October 8, 2020
©2020 Viusasa News. All rights reserved