Yesterday, James Orengo compared Wiliam Ruto to Rasputin. But who is Rasputin? Here are five myths and facts about the Russian legend - Viusasa News

Yesterday, James Orengo compared Wiliam Ruto to Rasputin. But who is Rasputin? Here are five myths and facts about the Russian legend

Yesterday, the Senate floor exploded as Kindiki Kithure, the Senate Deputy Speaker, was ignominiously booted from his fancy office.

Many words were spoken. Many firsts were witnessed. Many anecdotes were made. Many statements were uttered and many arguments were fronted.

But what stood out to most Kenyans was, you guessed it, a statement made by Siaya senator James Orengo comparing Deputy President William Ruto to ‘Rasputin’.

Orengo said, “The problem in Kenya is that we have a Rasputin and a Tsar in the ruling party. But you know that in the end, the Rasputin was killed. Jubilee must decide to have one leader”

The name ‘Rasputin’ quickly started trending on Twitter as many jumped to Google to research on the man.

But who is Rasputin? What was the origin of his fame? Or infamy? And just what was his deal?

Here are five myths and facts about the legendary Russian man.

The life and death of Grigory Efimovich Rasputin is shrouded in mythology, making him an almost larger than life figure in Russian history. A sexual deviant, mystic healer, political saboteur and renegade monk, the mysterious Rasputin was both reviled and revered during his lifetime, and became a scapegoat for various dissident groups of the time period.

Here, we take a look at five myths and truths about the legendary Siberian ‘holy man:’ 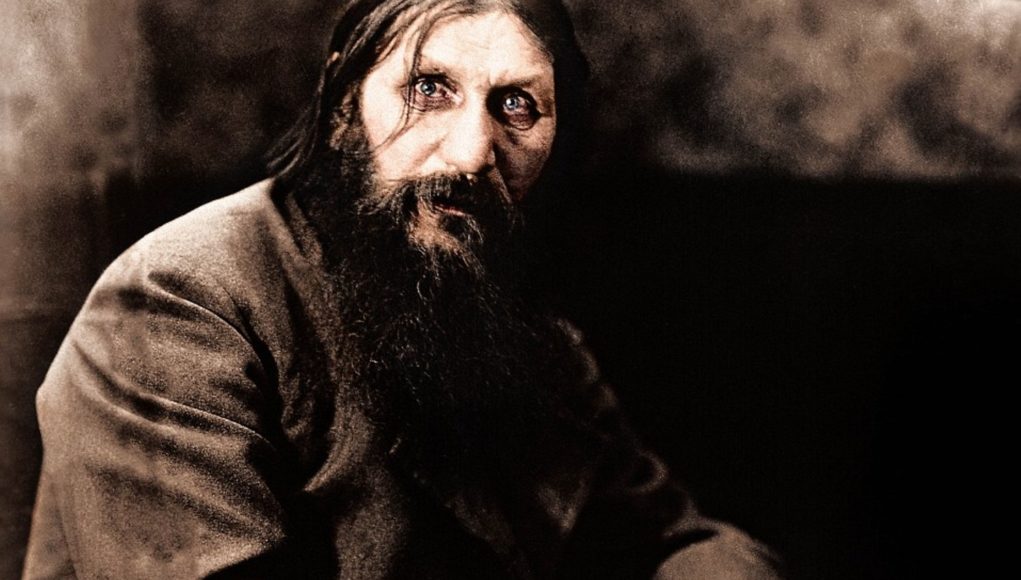 Myth 1: He had mystical powers

Born to peasants in a small village in Western Siberia, the young Rasputin turned to religion early in his life. Even as a child, rumors among the local populace were that Rasputin had certain mystical gifts. Despite marrying and fathering several children, Rasputin abandoned family life in search of Orthodox Christian religious devotion and piety. Following years of wandering and religious teaching, Rasputin ended up in St. Petersburg, the seat of royal power. Through various connections, Rasputin became known to Tsar Nicholas and his wife, the Tsarina Alexandra.

Desperate to find a cure for their ailing son’s hemophilia, one night they called upon Rasputin. After his session with the young boy, the bleeding seemed to stop for some time. Some historians, such as Pierre Gilliard, have speculated that the bleeding likely stopped as a result of Rasputin’s insistence on disallowing the administration of aspirin (a known blood-thinning agent), and not any “mystical” powers he may have had. The Tsarina was amazed, and immediately enlisted the services of Rasputin as a close adviser.

Myth 2: He was a sexual deviant and the Queen’s lover

Tales of Rasputin’s sexual exploits began to spread early into his time with the royal court, as his eccentric behavior—like drinking heavily and visiting brothels—was seen to clash with his religious piety. According to some historians who believe Rasputin may have been a member of, or at least influenced by the Khlyst religious sect, such sinful behavior brought him closer to God. However, though he did frequently entertain in salons, there is no evidence to suggest Rasputin was a sex-crazed maniac who had a secret affair with Russia’s queen. Much like the rest of his life, his behavior in this realm has been exaggerated, and—following the February Revolution of 1917—embellished by his enemies in attempts to propagandize his life. 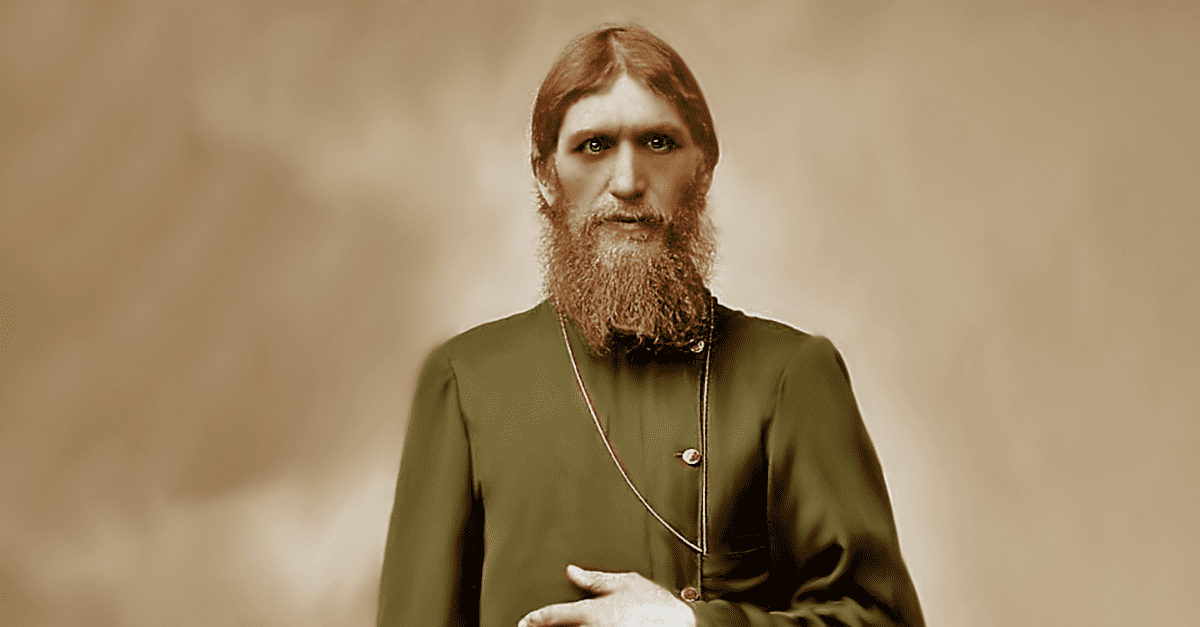 Myth 3: He was Russia’s secret ruler

Because of his constant presence in the royal court, whispers grew that Rasputin was acting as a puppet master over the royal couple. Alexandra’s growing dependence on Rasputin and his apparent healing abilities with her hemophilic son only exacerbated these rumors. Occasionally, the monk did offer military advice as well as medical help, but his ideas never proved beneficial for the Russian army or Tsar Nicholas personally. In fact, after Tsar Nicholas took personal control over his armies on Aug. 23, 1915, under the advice of Rasputin and the Tsarina Alexandra, the Tsar became the target of blame for Russia’s battlefield defeats. Meanwhile, with the Tsar away fighting, a vacuum of leadership was filled by the Tsarina.

Here, the myth does approach the truth. Though the Tsarina was in charge, Rasputin did wield great power as her adviser. The mystic healer wasted no time in appointing his own church ministers and other public officials. 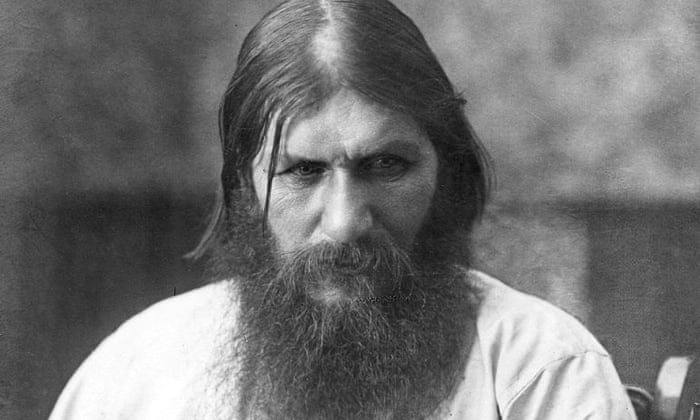 Myth 4: He was impossible to kill

Rasputin’s behavior and influence came to symbolize everything negative in Russian politics and society at the time. Even prior to his final assassination, other attempts on his life were made. In June of 1914, a beggar woman stabbed the monk in the stomach, claiming he was seducing the innocent. Rasputin made a full recovery, even though he had lost a lot of blood and was close to death after the incident.

Two years later, a group of nobles led by a man named Felix Yusupov plotted to get rid of the holy man once and for all. On Dec. 30, 1916, Yusupov invited Rasputin to dine at his home. After a heavy meal, complete with wine and dessert, all supposedly heavily laced with poison, the men looked on, as amazingly, Rasputin showed no symptoms that the poison was having an effect on him. The men proceeded to shoot Rasputin, who, according to legend still drew breath after a barrage of bullets and only died after he was thrown into an ice-cold river to drown. However, while Rasputin’s death was in fact plotted by Yusupov and other nobles, autopsy reports show that no poison was found in Rasputin’s system and that he seems to have died from a single bullet to the head.

Myth 5: He rose from the dead

Much like the tale of his murder, the aftermath of Rasputin’s death has been mythologized over the years. According to legend, after Rasputin’s poisoned and shot body was thrown into the ice-cold river, he was fished out by a group of passersby, who found that he was still alive when they dragged his body to the shore of the river. However, the truth is that after Rasputin’s already deceased corpse was thrown into the Malaya Nevka River, it took days for the police to find the body because the water had already frozen in the sub-zero Russian winter.

On March 15, 1917, Tsar Nicholas II abdicated the Russian throne as a result of the February Revolution. The following year, Bolsheviks eliminated the last vestiges of the Romanov dynasty. But myths about Rasputin endured—and, underneath those myths, there does reside some truth. Several historians have speculated that Rasputin’s influence did indeed play a role in the contempt for the royal household and everything it came to represent. The tale of Rasputin indeed shows that mythology can take a life of its own, and grow to become more important than the truth.

Why Ex-Bomet Governor Isaac Ruto flew to Nairobi to meet Uhuru a day after Murkomen ouster
Edward Chweya May 15, 2020

Ruto’s message to Murkomen after he was kicked out as Senate Majority Leader
Edward Chweya May 13, 2020