entertainment news Word on the street 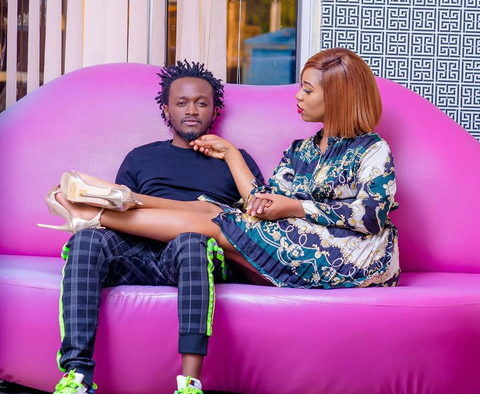 Gospel Musician Kevin Bahati has been top of the most mentioned artists in the country in recent weeks after shutting his recording label and now, being mentioned in a new song by Khaligraph Jones.

The couple has today proved their critics wring by posting a video dancing to the song in which many thought was rapper Khaligraph Jones throwing shade at them.

In the video the two went on to peck as they enjoyed the lyrics from the comfort of their sitting room.

In the song, Papa Jones talks about how being a celebrity comes with a lot of unwanted pressure and hatred, and they are forced to do things the way fans want.

He goes ahead to give examples of the many innocent celebrities who have fallen victims to trolls for living their lives and doing what they do best.

Khaligraph mentioned Bahati as one of the celebrities that have experienced the bullying from fans first hand, stating that when he started his music career he went by the name ‘Mtoto wa Mama’ but twitter trolls had turned him into being ‘Mtoto wa Diana’ his wife, who is a few years older than him.

Bahati however later on posted a message saying he loved the mention, a message which was reaffirmed by Diana.

However Papa Jones went live on Instagram Live stating that he was not dissing the Barua singer but he was only saying what people on twitter have been saying.

He further accused people of trying to make it look like he was being disrespectful to Bahati, which is actually not the case.