Video Vixen Of The Day: Becky The Vixen, Queen Of Ochungulo Family 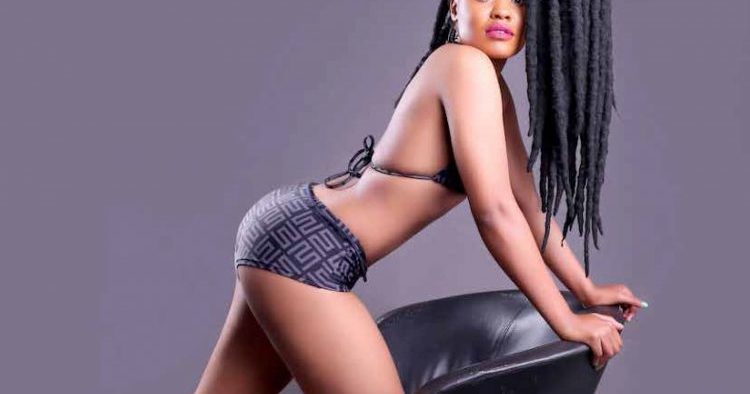 Video vixens are some of the world’s most-under appreciated artists. And, even though there may be a reason for it, still, its unfair.

A ‘video vixen’ is basically a woman who renders her body, time, beauty, agility, dance skills, charisma and aura to beautify, sell and garland a music video. That, by the way, was my description. You can head over to the Oxford Dictionary for the more boring – and wooden- description.

Vixens grew exponentially in the late 90’s and moving into the 2000s where many of them actually stood out from the mess and established themselves as formidable household names, celebrities in their own rights and bankable brands too.

Girls like Amber Rose, Karrie Steffans, Blac Chynna, Tawny Kitaen and Melyssa Ford are some of the biggest names to emerge in the golden era of video vixens and have also managed to carve out enviable careers for themselves and made quite the notorious reputation across Hollywood and Hip Hop’s murky corridors.

And as the trend continued to grow, the idea would quickly be swapped up by other blzck music communities – Ragga, Dancehall, RnB , African Hip Hop – and video vixens became a part and parcel of modern pop culture.

In Kenya, as it is across the world, these girls are also quite the rage. And a few of them have managed to stick their stickly necks out and become permanent fixtures in our, oft-times lurid music videos.

Today we profile Becky the Vixen, one of the most easily recognizable Kenyan video vixens.

Becky has been a staple in almost all Gengetone songs and easily stands out for her long, faux dreadlocks, thick bottom, pretty face, salacious dressing and exemplary twerking skills.

An avid music lover, the 22-year old joined the industry in early 2018 and has steadily risen to become one of the biggest video stars in Kenya.

Becky has featured in pretty much all Ochungulo Family songs and was one of the breakout vixen stars from the hugely-popular Dundaing song by King Kaka and Kristoff.

Bubbly and full of life, Becky has remained grounded even as her fame skyrockets by the day as more and more stars clamor for a piece of her.

In an industry inundated with fakery, jealousy, backstabbing and dishonesty, Becky has managed to remained unfazed and uncorrupted by the indecency that has engulfed the video vixen world.

And as if to cement her legacy, she won the award for ‘Video Vixen of The Year’ at Pulse Music Video Awards in 2019 easily beating out stiff competition and edging out quite a talented pack.

To catch her doing her thing and blessing the screen like no other before her, head over to YouTube and check out Thutha’, ‘Aluta’, ‘Kaa na Nama Yako’ and ‘Dudu’, all by Ochungulo Family.

You can thirst over her too on Instagram where she boasts an impressive 81,000 followers.

Check out Dundaing and catch Becky at her illest.

Dating someone with children is not doing them a favour
TATU REGINALDAH November 17, 2020
©2020 Viusasa News. All rights reserved