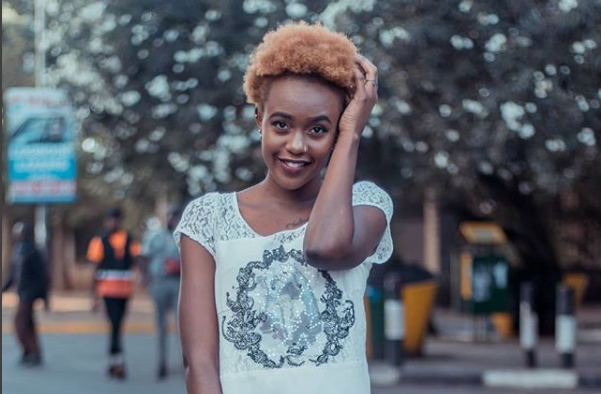 If there is one person whose star has been shining amid the Coronavirus pandemic and the scare across the world, then it has to be Azziad Nasenya.

When she took to social media to share her parody video on Mejja and Femi One’s Utawezana song, she did not anticipate her world to turn around for the better.

Azziad’s fanbase did not just grow on social media… even legacy media houses have been looking for her to increase their viewership, readership, listenership… name them.

Her social media numbers have tremendously grown. She has over 78k followers on Twitter, from just about two in less than a month.

Her Instagram posts gain massive traction and attraction. Her Tiktok is never at ease.

And now Azziad is trending once again, this time round alongside hugely likeable upcoming comedian Flaqqo, after the dual teamed up to do a very interesting short comedy.

Flaqqo who mostly has three characters in his comedies (Otis, Mama Otis and Baba Otis), decided to include Azziad as his (Otis) girlfriend.

Then he invites Azziad to their house when his parents are away.

While at it, the parents show up unannounced. The no-nonsense Mama Otis grills Azziad intensely as Otis fumbles with every question that flies his way.

It is at this point that Azziad’s acting skills manifest themselves. The girl can pull a real character I tell you.

And this is what Kenyans on Twitter are gushing about. Her prowess.

Tags:
Previous Article
MCA, 16 others found locked inside a bar in Nyeri on Friday night
Next Article
Uproar as video surfaces of African lady being denied entry into Chinese supermarket