The new Tanasha and Diamond? Check out MCA Tricky and Akothee’s daughter falling in love [VIDEO] 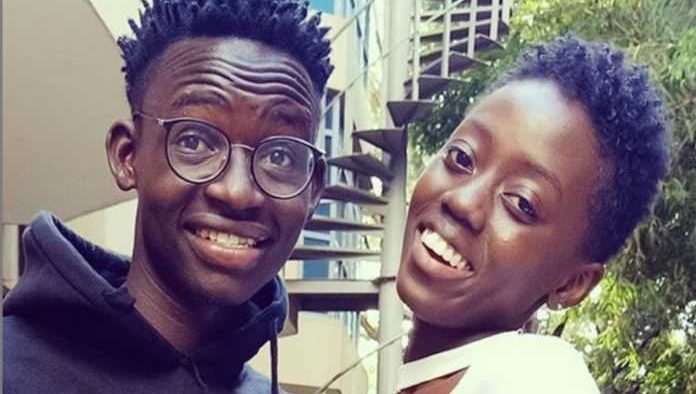 The love between comedian MCA Tricky and Akothee’s model daughter Rue Baby seems to be getting thicker and thicker each day.

The two lovebirds, who have,for the last few months, been inundating the internet with videos and photos of their romance, are now back again with yet another reason to believe in love – a parody song.

The twosome have now done their now version of Diamond Platnumz and Tanasha Donna’s smash hit Gere and even shot a music video for it.

Their version is called Rege and they sing about Love, about being into each other, about meeting each others’ parents and such like  mushy stuff.

Akothee’s name does, as you would guess, come up in the song for good measure.

It ain’t all that though – their voices are undeniably terrible, the music video must have been shot by stray cats, their dressing is horrendous and the general feel is a pathetic pity.

But love is blind right? Well, check out the two kids doing what they do best – fool around in love.

Tags:
Previous Article
Vybz Kartel’s appeal gets DENIED again, this is how Jamaica reacted
Next Article
You must watch this Viral Challenge now featuring some of Kenya’s most handsome male celebrities [VIDEO]

Akothee reveals why she drinks alcohol with her daughters
Edward Chweya June 19, 2020

I WILL MARRY YOU: Akothee showers praise on her elderly mzungu baby daddy for taking care of her children
Edward Chweya May 20, 2020

Akothee reveals why she drinks alcohol with her daughters

I WILL MARRY YOU: Akothee showers praise on her elderly mzungu baby daddy for taking care of her children