TEN Famous Kenyans who have DIED in 2019 so far. - Viusasa News

TEN Famous Kenyans who have DIED in 2019 so far. 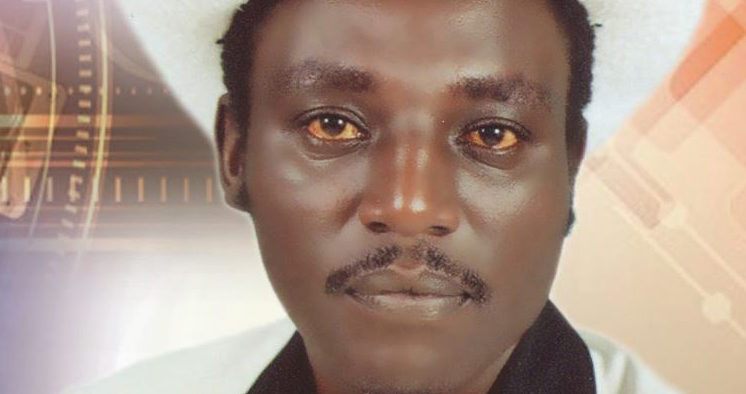 The year 2019 keeps looking gloomier and gloomier as the days roll by.

Since January, Kenyans have witnessed the untimely deaths of some of our biggest icons, Leaders, artists and politicians and the year just gets spookier every minute.

Unlike any other year, 2019 has robbed us of some of our biggest brains, talents and skills in quick succession and things don’t seem to be slowing down any time soon.

READ ALSO: Bob Collymore; The Death of a Communications Legend

Just last weekend, we lost one of the greatest – and most influential – voices in the entire Kikuyu populace. In a freak road accident.

It’s like 2016 all over again when the World lost Mohammad Ali, Prince, David Bowie, George Michael, Zsa Zsa Gabor, Carrie Fisher and countless other global superstars within months of each other.

Here are the 10 unforgettable talents, politicians, stars, icons and Leaders we have lost in 2019 so far.

Kadenge was one of the most fabled and legendary football stars to ever play for the Kenyan National Team. Kadenge was a childhood myth. His name was mastered on our lips long before we even knew our ABCs. Kadenge was the Muhammad Ali of Kenyan football. And his death on 7th July 2019 robbed Kenya of one of the greatest soccer talents to ever walk the face of the Earth.

This Guyana-born telecommunications icon had almost become the face of mobile communication in Kenya. Bob was a legend in his own right. He revolutionized Safaricom and converted millions into ardent Safaricom adherents. He touched souls like no other CEO in Kenya could. And his death on 1st July 2019 rocked the nation harder than a magnitude 9.0 Earthquake.

READ ALSO: Was Sonko right to reveal late Ken Okoth secretly sired a child with a nominated MCA? The debate rages on…

Bruce was the pioneer of urban music in Kenya. Almost all of the biggest pop names in Kenya were nurtured and raised by the soft hands of the soft-spoken recording giant. Bruce towered above the Recording Industry like a colossus. He was the giant of music. And no one could ever have done it better. His death on January 8th 2019 rocked the entire music industry and saw music go mute. For a moment.

Hon. Okoth was arguably the most beloved Member of Parliament in Kenya by his constituents. Okoth was a Servant-Leader. A doer and a devoted representative of his people. He eschewed politics and sought to fully commit his life to the welfare of his people. His shocking death on July 26 2019 could not have affected his constituents more. It was the greatest tragedy for the residents of the Kibra constituency.

The former Governor of Bomet died so suddenly, many are still yet to come to terms with her demise. Laboso was the bastion of Bomet. She humbly served her people with utmost commitment and integrity. She was one of the first woman to be elected Governor  in Kenya. And her death on 29th July 2019 rocked the Women Leadership harder than a speeding comet.

Kone was one of the most gifted and prolific actors in Kenya. His notable work on ‘Selina’ saw him become one of the most sought-after actors in the Country. But a freak car accident nipped his life in the bud. And robbed us of one of the finest souls to ever get into character. On the fateful day of February 28 2019.

Few rappers could match the brilliance, cadence, lyrics, skill and wit of rapper Kantai. He was an icon in the Rap Industry and one of the greatest rap legends from East Africa. He gave us classic jams. And delivered them with unbeatable excellence. His death on 27th February 2019 robbed Kenya of one of the most glorious voices of Hip Hop ever.

Karanja Kabage was one of the most decorated and successful Kenyan lawyers and businessmen with great influence across the corporate and political circles. His traits as a resilient, hardworking, sociable and determined person with impressive personal etiquette, tastes and discipline stood out. His death on July 5th 2019 was a pill that was the most bitter for Kenyans to swallow.

READ ALSO: “I am not DEAD!” Ailing Njambi Koikai speaks

De’Matthew was one of the greatest voices to ever come out of Kikuyu Land. His classic hits entertained and educated the entire Mt. Kenya region for over 30 years. He was one of the most respected and honorable singers from Central Kenya. Politicians, Leaders and CEOs were some of his biggest fans and adherents. He entertained and sang for millions. And his shocking death on 18th August 2019, through a freak car accident, shook the entire Mt. Kenya region for endless hours.

Robert Gwaro Ouko was a member of 4×400 metres relay team that won gold for Kenya at the 1972 Munich Olympic Games. He was a legendary track icon who gave Kenya great glory in the heydays. And shaped the face of our current athletics industry.