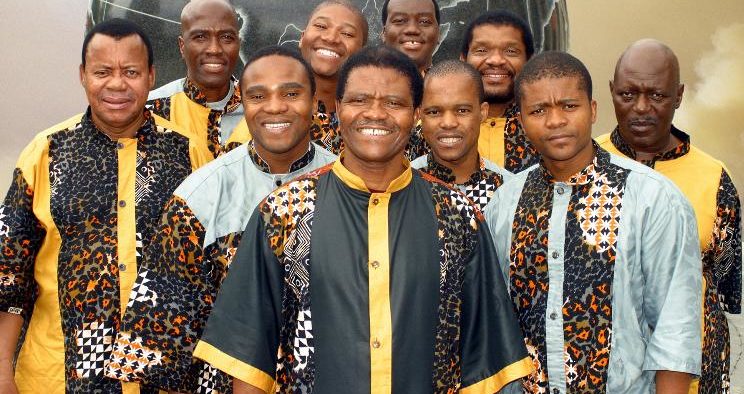 The founder of South Africa’s male acapella group Ladysmith Black Mambazo, Joseph Shabalala, has died in hospital at the age of 78, the government and national broadcaster SABC said on Tuesday.

Over their long career they also worked with musicians Stevie Wonder and Dolly Parton, among others.

“It is so sad to learn of the passing of an icon … I’m Zimbabwean and I grew up listening to Ladysmith Black Mambazo,” said Prosper Tsvanhu, who remembered his grandfather having the group’s vinyl records.

Shabalala founded the prolific group in the small town of Ladysmith along the east coast of South Africa in the 1960s, at the height of white minority apartheid rule.

According to the group’s website, the “Black” in their name was a reference to strong oxen and Shabalala’s early life on a farm, while the word “Mambazo” is the Zulu word for a chopping axe, a symbol of the group’s vocal power.

Band manager Xolani Majozi told national broadcaster SABC that Shabalala had been ill since December when he was hospitalised.

“We would like to extend our condolences on the passing of Joseph Shabalala who was the founder of the group Ladysmith Black Mambazo,” the government’s official twitter feed said.

We would like to extend our condolences on the passing of Joseph Shabalala who was the founder of the group Ladysmith Black Mambazo. Ulale ngoxolo Tata ugqatso lwakho ulufezile. #RIPJosephShabalala [Photo: Flicker: Seth Gordon] pic.twitter.com/Sazg9hoWew

Shabalala, who formed the band in 1959 and led it for more than 50 years, retired in 2014 due to ill health but continued to make appearances with the group at events.

Born in 1941 in the town of Ladysmith in the country’s KwaZulu-Natal region, Shabalala first found fame after he was spotted by the well-known group, the Durban Choir.

My friend… a giant humble man , Joseph Shabalala, passed away this morning.
My sincere condolences to his family and friends #RIPJosephShabalala Rest In Peace Joseph 😰 pic.twitter.com/YkLggD6EPM

But his big break came in 1985 when American musician Paul Simon travelled to South Africa to collaborate with South African artists for his upcoming Graceland album.

Tags:
Previous Article
How Moi’s death has gone against Kalenjin traditions
Next Article
Don’t beat us because we have your debt – MP to Chinese contractors
trending_upTrending
whatshotPopular
Show More
Show More

Don’t beat us because we have your debt – MP to Chinese contractors
Edward Chweya February 11, 2020
©2020 Viusasa News. All rights reserved