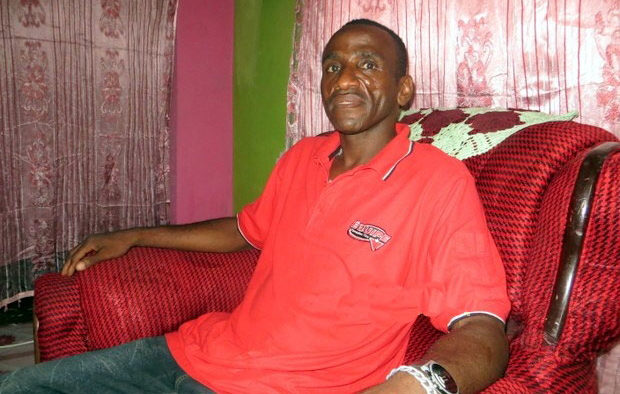 Diamond Platnumz father has sparked some wild excitement across the internet after he was filmed dirty-dancing with one of Tanzania’s most notorious socialites.

Mzee Abdul Juma, Diamond’s estranged Dad, has been all the rage in the news of late over his weekly shenanigans that many interpret as his desperate bid to capture his son’s attention – Or that of a scandal-hungry Tanzanian public.

Several videos have been shared of the aging – and sickly – Baba Diamond dancing, cavorting and grabbing socialite Amber Rutty in some very suggestive dance moves.

What’s interesting is that Amber Rutty is actually married despite cavorting with Mr. Juma.

The twosome’s wild frolicking and giddying has shocked many given not just the social status of the two but also the age difference.

Amber Rutty is infamous in Tanzania for sharing nude videos and photos of herself and subsequently running into the wrong side of the law.

Diamond Platnumz himself gave her a shout out in his Mwanza song that also got banned in Tanzania primarily for that salacious line.

Fans have reacted with shock, amusement and horror at the videos.

Diamond Platnumz and his dad working on new music